With Europe and the EU facing a time of political and financial crisis, the threats of rising Euroscepticism and populism are increasing. Against this backdrop our work in Greece aims at combating the ideologies of inequality by fostering civil society initiatives towards human rights protection and social inclusion policies as well as at deepening democratic governance through substantial citizens´ participation in political processes at all levels.

A 6-year-old boy from Afghanistan drowned in November 2020 off the coast of Samos. Ηe was with his father and other asylum seekers onboard a dinghy that was shipwrecked. The tragic loss of a child’s life hardly made an impression on the international media or public discourse in Greece.
By Giorgos Christides

At a time of multiple crises and weakening of social cohesion, ideologies of inequality gain attractiveness and diffusion in Greek society. Addressing them requires our mobilization to defend human rights, combat discrimination, respect for diversity and equal social inclusion of vulnerable social groups.

FESTIVAL
Online this year, the Select Respect Festival is running on 19-22 November, with over 3.000 participations at the competition, from which 46 short films were selected, along with special screenings such as the "Nimic" movie of Yorgos Lanthimos

ARTICLE
Rising antifeminist, homo- and transphobic politics of right-wing parties in Greece, influenced by the orthodox church, are threatening progressive achievements in the country.
By Marianthi Anastasiadou

SEMINAR
On Friday 12 and Saturday 13 April 2019, a seminar on gender identity, human rights and democracy in school was organised for educators in Thessaloniki, following two seminars on gender identity which took place in February in Athens

COVID-19 (also) in Moria: The deficient handling of the pandemic as an attempt to instrumentalize refugees

ARTICLE
Thirteen days after 35 cases of COVID-19 were identified in Moria, the announcement of 243 more cases in the new camp at Kara Tepe, on the island of Lesvos, is not simply testament to the administration’s bad luck, or the unsuitability of a temporary camp that was set up under threat. Rather, it demonstrates the government’s insistence on a “pandemic response plan” in which,  after exposing thousands of people to risk, it subsequently administers a large volume of rapid tests in order to record the outcome.
By Demosthenis Papadatos-Anagostopoulos
Visit the Human Rights page

ARTICLE
When it appeared certain that the scales of the US presidential election of November 3rd, 2020, were tipping in favor of Joe Biden, there began to appear a wave of news stories, particularly in the Greek daily and weekly press
By Ioannis Papadopoulos

Getting involved is the only way to stay relevant.

ARTICLE
By taking over the presidency of the Council in the second half of 2020, the German government would have had the opportunity to show leadership in the crisis. But many promises were not kept and the time for real action in such important policy areas as migration and climate policy was missed. Why couldn't Germany deliver?
By Christos Frangkonikolopoulos

ARTICLE
Today is a historic day, not only for Greece but with a european impact. More than five years after the start of one of the most important trials in the late history of Greece, a convicting judgment was passed.

After the pandemic: A new beginning for Europe?

ARTICLE
"Don't listen to grand words: after the coronavirus pandemic, everything will be the same again soon”, some claim. Is it true?
By Manos Matsaganis
Visit the Deepening Democracy page 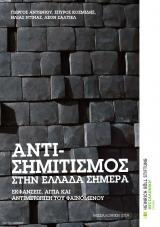 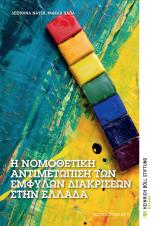 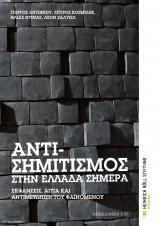 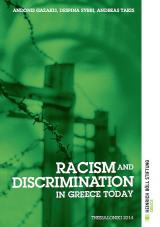 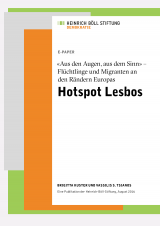